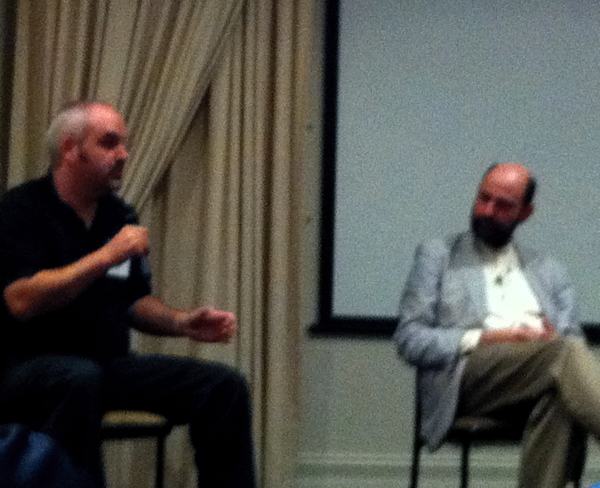 I had the privilege (along with most of Perth's Agile community, by the look of it) of seeing Martin Fowler speak at the ThoughtWorks quarterly briefing at the Melbourne Hotel last night. Martin gave two short talks (what he calls a ‘Suite of Talks’), one on Continuous Integration & Continuous Delivery, and one covering his concept of different forms of Technical Debt. None of it was particularly new content to a hypothetical attendee who slavishly pores over everything Martin writes, but he has a great presentation style and connection with the audience, which was really enjoyable.

However, I did want to make a comment on Evan Bottcher’s talk on DevOps. Evan’s presentation was spot-on as far as delivering useful, real-world advice on bridging the gap between separate development & operations teams, but I’ve always found the concept of DevOps quite funny. I’ve spent most of my career in small, in-house teams, where I’ve had the admin passwords to all of the production servers & databases, been responsible for all the deployment, and been the first person that users call when something goes wrong. The idea that DevOps is some sort of ground-breaking paradigm shift in application service delivery is wrong — small teams have been doing it for decades.

Afterwards, I managed to get a few quick words with Martin & shake his hand — it’s great to see speakers of that calibre come to Perth.